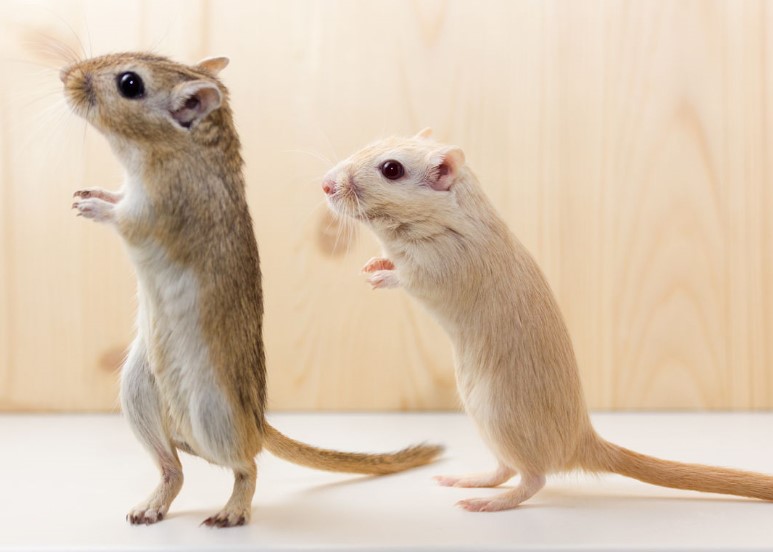 A dawn raid by the RSPCA on a Fenland Farm exposed an illegal ‘Gerbil Hurdling’ gambling den where two gerbils died making a bid for freedom, by jumping out of a scullery window, only to die in a haybaler.

Mr Windthrope from Gladstone Farm, was arrested today, under the cruelty to animals act, when he and four other farmhands were surprised by uniformed officers, and a member of the RSPCA, during an illegal gerbil hurdling tournament.

Although banned in Europe, the gerbils are bred specifically to jump obstacles while goaded with drinking straws wired to the a portable generator.

“Gerbils are chosen for this blood sport, particularly for their leaping ability, as a gerbil can jump up to 18 inches!” RSPCA Officer Dennis Weevil, reported.

“It’s pretty gruesome. Gerbils are forced to jump small picture frames on a table top, while bets are made of up to 20, 30 sometimes 50 pence. This is what can happen when gerbils reach breaking point, and can no longer bear the humiliation. My heart goes out to their families, and loved ones in pet shops, everywhere. It’s just the stakes were too high for these little sweethearts.” Inspector Weevil said.

The two deceased animals, later only identified by their dental records, ears , tails and feet were gay rodents “Munch & Crunch”. It is believed they made a pact after training for the event, under duress. As they leapt over the last hurdle (a 12” framed picture of a combine harvester) they both took a trajectory, straight out of the window, and into a working haybaling device.

The only witness, Jemima Pickles, a recently out of work milkmaid, said, “It’ll haunt me forever. It was like in slow motion, as they twirled in the air, with tears in their eyes, and way they gave their last glance to each other, holding their little hands, and their little squeals really upset me.” Ms Pickles had to be consoled and sent home after her last day milking.

Thaddeus Trodpipe, spokesman for the Country Alliance offered a controversial comment. “Do me a favour! They’re only desert rats! If they were called ‘Rommel and Himmler’ instead of ‘Munch & Crunch’ you wouldn’t be making such a fuss, would you? They want to ban our foxhunting and hare-coursing, what else is there to do for fun, and it’s not exactly cockfighting. Who uses their prize cock for dubious practices like that, anymore? Anyway, I think they actually enjoy it. It’s just not for the ‘gays’, that’s all. Gerbils with those tendencies prefer bodybuilding, don’t they?”

“Gerbils? Aren’t they a cross between a hamster and a kangaroo?

This site uses Akismet to reduce spam. Learn how your comment data is processed.