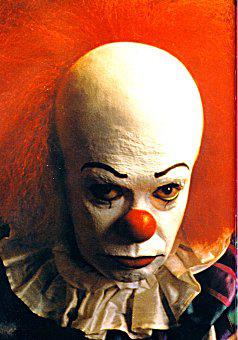 Worldwide reports continue to surge throughout the media of obese children, mourning over the execution of Ronald McDonald. The demise of the X Big Mac figurehead, to the globes, largest fast food retailer, was humanely and legally murdered, in a Florida State penitentiary at 12 noon, yesterday. His ‘stay’ of execution was refused on the grounds of his flagging, lack lustre career and less than original promotion techniques.

After throwing the switch, Marshall Hilarie Ambrosia Turpentine, spoke of the charges levelled at the hapless clown, ranging from around 20 to 30,000 volts. Other charges include, ‘touching up’ kiddies, indecent exposure, taking sex hormones and eating Linda McCartney sausages full of salt, and saturated fat.

The Governor of the ‘Meathook High Security Penitentiary of the State of Auburndale’ addressed reporters, speaking of his contempt of people, who disguise themselves as child entertainers, and then proceed to do degrading things, while in that position of trust and care. X- Marine and Vietnam veteran, Mr Turpentine, was accompanied by a roomful of animal liberation activists, who watched McDonalds last few moments on the electric chair gave her knee-jerk reaction. One vegetarian applauded the slaughter of Ronald. Helen Gloryhole, described the disturbing manner in which the clown died.

“He kinda looked more pale than usual, and his red nose melted. His hair stood on end, but he was still smiling, even when the smoke escaped from his arse, and came down his ridiculous trousers, and out, through his silly shoe lace holes.”

The next image may distress some readers. If it does half close your eyes before looking at it.

Ronnie “Crusty” McDonald was born ‘The Great Marvo Dewdrop’, and grew up in a circus environment in Tucson, Arizona. He was spotted in an exploding car, by Donald Trumps’ personal hairdresser, who wanted to use him as a cardboard cut-out or inflatable doll Errant McDonald, became disenchanted with his boring and unconvincing image, and young customers started to notice his behaviour and attitude worsening. When arresting officers asked about his lawbreaking spree, he resisted and screamed “ Have you tried our Double-Decker Half Pounder?” Other clowns like Coco, told officers, Ronnie was depressed at having to let school leavers get paid to serve Big Macs with eczema and the socials skills of a housebrick.

This picture is of ‘Ronnie’ short for ‘Veronica’ before undergoing gender corrective surgery to remove his huge appendage. His cross-dressing while on duty became a threat to McDonalds. He was often seen in gay clown bars across the City.

Ronnie caught on CCTV at a McDonalds pre-arranged, teenage birthday party, grabbing the ‘Birthday Girl’s’ ‘baps’. Ronnie claimed it was now out of his hands.